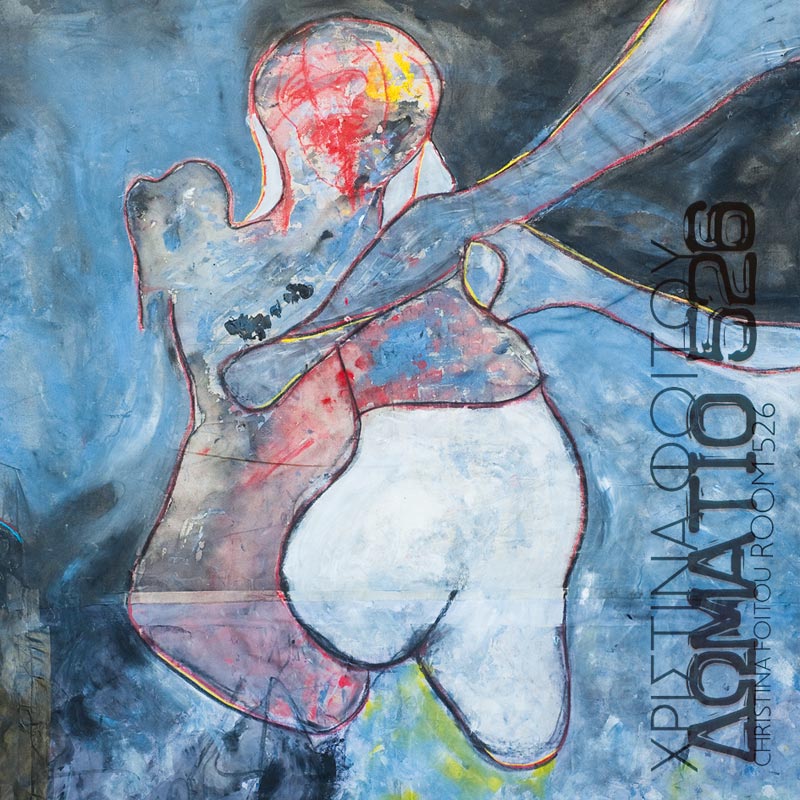 Christina Foitou is an expressionist painter whose wager is to depict the traces of the moving female body. The still female model has had an important position in art history, especially in the history of painting in which woman plays such an important role as a symbol of nature and personification of beauty. The still female body depicted, gave the opportunity to the artist to freeze time and celebrate beauty in eternity via the inscription of the felicitous instant in the memory of the beholder. Ruthless time ravages all beautiful things, except for art: as it goes by, art gets all the most precious because it safeguards in memory that moment of beauty, bliss and happiness or more generally of significance for its beholders.
However, Foitou subverts these old panterly conventions by having the body of the model move in accordance with her directions but also with some spontaneity from the part of the model herself. Her images are then traces of this movement and the compilation of these traces which the artist diligently collects and arranges on the paper plane, necessarily distorts representation in the same way the Italian futurists did when they analyzed the image in its constituent parts in time. Foitou’s focus therefore is no longer the instant but duration, a recording of a bodily movement which is not a metaphor of eternity but rather a registration of a bodily quotidian expressive dance in all its fuzzy and convoluted perplexity. Foitou does not seem to wish to have the models do all the work by leaving their imprint on paper as Yves Klein did, in his Anthropometries although her work is based on process exactly like his. In contrast to Klein, she assumes a more active role than he did and interacts with the model on the level of dance expression as she traces her movements. The question is therefore no longer beauty, for the end result surpasses representation. The stake is a bodily recording in time, an archive of expressive movement in which the female body does not appear except in its curved contours recorded on the surface of painting. Can these bodily recordings have the significance that art once accorded to the still image of an idealized beauty? Can the body trunk, the contours and the body core have the same significance as the facial traits demonstrating the character and the soul of the depicted model? Such are some of the questions that Foitou addresses with her work which are important but not yet possible to answer in a definitive manner.