"Exodus: an act of female heroism" | Article by Louisa Karapidaki 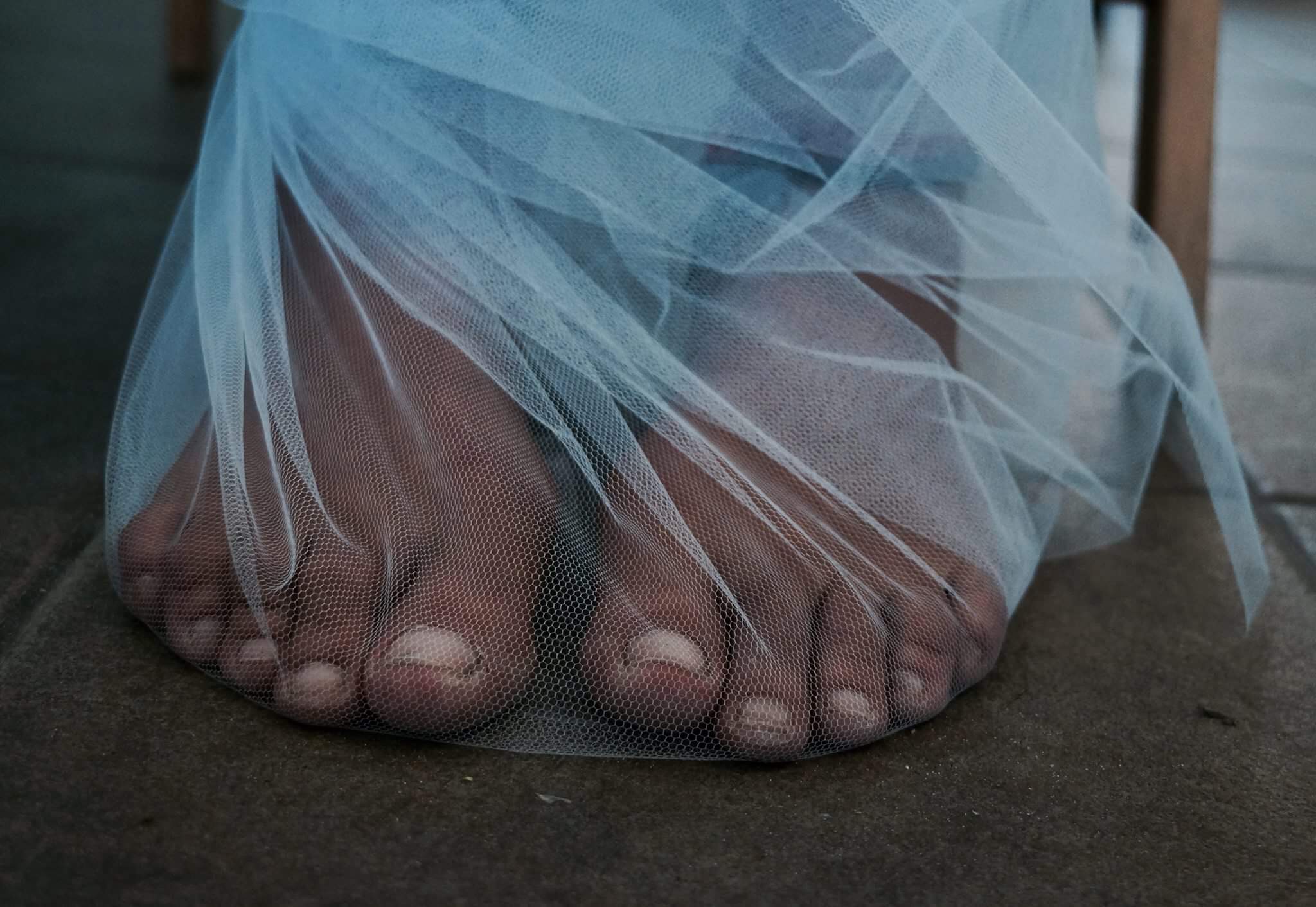 Article by Louisa Karapidaki for the exhibition entitled “Exodus: an act of female heroism”

Article by Louisa Karapidaki for the exhibition entitled “Exodus: an act of female heroism” 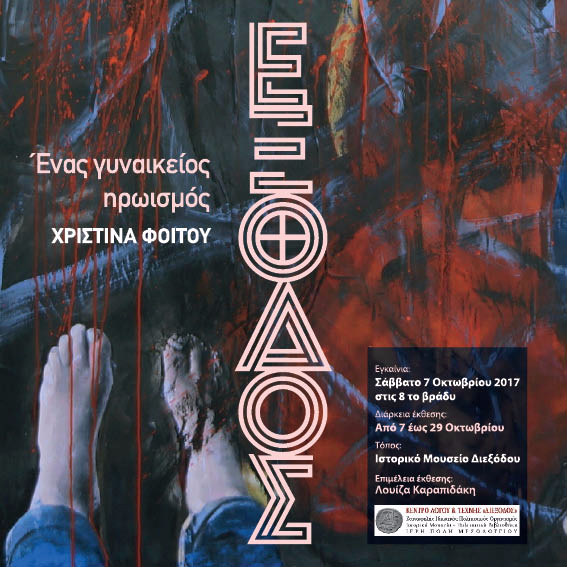 The works of Christina Foitou –visual creations and interactive installations / performance – titled “Exodus: an act of female heroism” is based on and deeply related to historic references from paintings depicting a famous incident of Greek history, the Exodus of Messolongi. The central area of her large scale compositions is dominated – actually and literally- by female figures from well-known historic paintings, an iconographical reference paying homage to the anonymous heroic women of Messolongi.

In these series of paintings, which carry multiple symbolisms and are open to various interpretations, the artist has copied images from classic works, such as the “Exodus of Messolongi” (1826) by Eugene Delacroix; his embodiment of heroic Greece looms large in her work “Body and Soul”, the self-denying mother of Emile de Lansac’s “Self-sacrifice” (1828) stands out in her painting “Self-sacrifices”, and a corresponding female figure depicted by an unknown artist dominates Foitou’s “Abiding Forcefulness”. She basically incorporates one painting inside the other, a “mise en abyme” technique, where she places classic works of art in her contemporary compositions, thus underlining the significant meaning of her imagery.
Aside from the seemingly thematic overtones and the historical references to archetypal images, the concept Foitou wishes to convey with her art is women’s perpetual struggle to free themselves, to find the way out –the exodus- from any form of oppression. Her works are identified by her strongly expressionistic style and her exceptional depiction of abstract notions, such as a woman’s pain and agony, her feeling of entrapment, her reaction to violence and force, in general every intense emotion involved in her undying effort to find an exit from every impasse of her life. The contemporary woman, despite having won her rights, at times still feels confined in emotional impasses or suffers immense psychological pressure and often finds herself in a process of “learned helplessness”, which has an enormous impact on her psyche and her strength. This emotional struggle is precisely what Foitou is trying to convey with her work, by illustrating outbursts of frustration and despair. Her focus is also on the mindset and concerns of woman in her role as a self-denying mother, who hovers –actually and literally- over her child. Foitou’s images as a whole are crude, forceful and intense, as she utilizes every resource available to her in order to stimulate the viewer, from the scattered images of severed limbs to the infinite movement of her painted forms, shapes and figures. She adds to this ambience by using strong color accents, where red is the dominant and recurring color, the color of blood, thus underlining the notion of violence and sacrifice.

The exhibition is completed with the work “Disenchantment”, a visual, interactive installation, based on the artist’s performance “In search for the Exodus woman of today”. Foitou comments that “a lot has been written on the woman of the Exodus of Messolongi, and many of us have reflected upon her. One thing is certain through the ages though, that this woman embodies some of the highest principles, the heart, the courage and determination, the strength and perseverance, the bravery and self-denial along with her unique ability to handle death and bereavement. The performance was designed on the search for the aforementioned elements and ideals in the women of today; which of these characteristics apply to her still? How much has her disposition changed since and what are the factors that have affected and modified it? The doll in the installation represents the ‘pure’ essence of the female, the idealized woman of the Exodus of Messolongi. She appears spotless in her white veil and wedding dress -a symbol of the integrity of her soul- while obtrusive external elements harass and traumatize her. The tight bandages around parts of her body signify her attempt to heal, but her eloquent mouth remains gagged. She is helpless and trapped, yet she tries to heal her wounds, which are still fresh. A text next to the installation tells of her pains and afflictions, her course in this life, be it bright or bleak, and the question which remains is whether she actually finds her redemption. My answer is, sometimes she does, and sometimes she does not.”

At this point the artist allows the viewers to interact with her work, thus establishing a distinctive visual code of communication by setting her own line of questioning and speculation. The viewer can give his/her own answers to these questions and interact with the work in any way he/she chooses to express themselves using materials that are placed next to it for that purpose, such as pens or colored markers on self-adhesive pieces of paper or black thread and needle to stitch their texts. In this masterful manner a constructive discourse evolves between the work and the public, which covers a vast array of beliefs, attitudes and emotions, along with a bond of sorts, since anyone who wishes can leave his trace on the installation.